The House of Lords Committee on Intergenerational Fairness and Provision has called on the government to take steps to make society fairer by supporting younger people, particularly in the employment market and the provision of housing.
A change of perspective needed Peers believe that ‘outdated’ age-specific benefits for older people should be replaced with support for the young to ‘deliver a fairer society’.

The Committee – made up of Labour, Conservative, Liberal Democrat and crossbench peers – issued a raft of recommendations, both to ‘retain the supportive relationship between generations’ and to plan for the ‘100-year life’ that younger people can expect to become the norm.

The Committee said intergenerational unfairness was being ‘exacerbated’ by an ageing population, the 2008 global financial crisis and successive government policies that have failed to consider the issues. According to its report1, many pensioner households are now better off than their working-age counterparts, both in terms of the income they have after deducting housing costs and overall household wealth.

Commenting on the proposals put forward by the Committee, its Chairman, Lord True said that the connections between the generations could be undermined if the government didn’t get to grips with the key issues of housing, secure employment and fairness in tax and benefits.

When the new pension rules came into force in April 2015, fears were expressed that pensioners might raid their pension pots to go on a spending spree. The former Pensions Minister Steve Webb, famously remarked at the time that pensioners could choose to spend their savings on buying a Lamborghini if they wished. However, the evidence suggests that this hasn’t happened.

Whilst the total value of pension withdrawals made since April 2015 is over £25bn, the average withdrawal made between July and September 2018 was £7,597, the lowest level recorded by HMRC since their records began2 in Q2 2015.

Volatility playing a part
The lower level of withdrawals could be a sign that pensioners were reacting to market volatility and concerned to preserve their wealth. Managing withdrawals from pension funds can be a challenge for those unfamiliar with the stock market; that’s why taking advice is so worthwhile. Ensuring their pension funds last as long as they do themselves is a concern often expressed by those approaching retirement; we can help ensure retirees make the right choices at the right time. 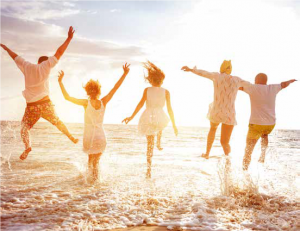 Trusts – not just the preserve of the rich and famous

Today, you don’t have to be incredibly rich for your family to benefit from the creation of a trust. They can offer long-term asset protection and have a variety of uses as part of financial planning strategies. A family trust can help protect your family’s assets for the benefit of future generations and may be used to protect the family home.

What is a trust?
A trust is a legal arrangement which allows assets, usually property or money, to be looked after by a trustee for the good of one or more beneficiaries. Those beneficiaries can be named individuals, such as your children, or can be children who are yet to be born.
Why set up a trust?
They can have a variety of uses such as:
• Protecting the financial interests of a young beneficiary by retaining control of the assets until they reach the age of 18 (16 in Scotland)
• Looking after the interests of somebody who can’t handle their own financial affairs through incapacity
• Providing for a husband or wife, while keeping the assets intact for the benefit of children
• Reducing Inheritance Tax (IHT) liability by taking assets out of an estate, thereby reducing the amount on which IHT might otherwise be payable
• Protecting assets on marriage
• Ensuring that the proceeds from a life insurance policy go to the beneficiary without waiting for probate, and don’t form part of the estate for IHT purposes.

Setting up a trust
The choice of trust will depend on who the beneficiaries are, what the assets are, and how and when you want them distributed. Taking advice on the type of trust that is most suitable for your circumstances is best. 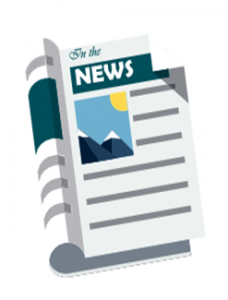 75% OF OVER-50s AREN’T SAVING FOR CARE
New research3 shows that although 60% of those surveyed feared losing their savings and homes to pay for care fees, less than a quarter of adults aged over 50 are making any provision for later-life care. As people are living longer, it’s estimated that more than 143,000 older people, over a third of the 421,000 people currently receiving residential care, could face paying fees of £100,000 or more for their care.

RETIREES IN THE DARK ABOUT ENHANCED ANNUITIES
Buying an annuity is a way of providing a guaranteed income in retirement, but 70% of people questioned for a recent survey4 were unaware that if they were to be suffering from poor health at the time of purchase, they might qualify for higher levels of income.
Enhanced annuities pay higher rates based on your lifestyle or medical history. Factors such as smoking, diabetes, high blood pressure and heart disease could boost your income as a result of reduced life expectancy.
Those suffering from conditions such as asthma, high cholesterol and obesity may also qualify for higher levels of income, depending on how serious their condition is.

Gifting money for a deposit – what you need to know

Parents and grandparents keen to help their offspring get onto the housing ladder are increasingly helping them out with the money they need for their deposit. This can help reduce Inheritance Tax (IHT) too, but you need to be aware of the rules.
Everyone has a yearly ‘gift’ allowance for IHT and can give away up to £3,000 each year. If you don’t use it, you can carry over any unused allowance from one tax year to the next up to a maximum of £6,000. This means you could give away up to £6,000, or £12,000 for a couple.

Wedding gifts
You can also make small gifts of up to £250 per person per tax year to as many people as you like. Weddings are another opportunity to hand over cash to loved ones – parents can each give children £5,000 as wedding presents, and £2,500 to grandchildren or great-grandchildren, or £1,000 to anyone else, all free of IHT.

You can make more significant gifts above and beyond those listed above, known as ‘potentially exempt transfers’. You need to live for at least seven years after making the gift for it to be outside the estate for IHT.

Everyone has a yearly ‘gift’ allowance for IHT and can give away up to £3,000 each year. 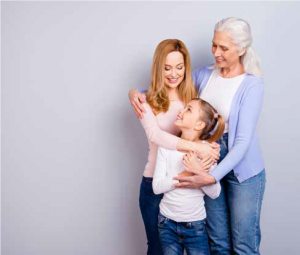 Transfers of wealth – who gets what

Data from the Office for National Statistics5 show that various patterns are emerging in how wealth is transferred down the generations. Unsurprisingly, gifts and loans are more commonly made to those aged 25–34, with 11% in this age bracket receiving more than £500 during the previous two years, with the average across all age groups being £2,000. This illustrates that parents are stepping in to help their offspring cope with times of major expense, like buying a house or starting a family.

The average inheritance across all age ranges during the previous two years was £11,000, with those aged 55 to 64 most likely to receive larger inheritances, receiving on average £33,000. Those aged 65 and over inherited on average £20,000. This money was put into savings or investments by around 49% of recipients.

This research serves to highlight that those who rely on receiving an inheritance instead of putting adequate pension provision in place might find they’ve reached retirement before they inherit.
With gifts often given earlier in life, inheritances may be smaller in the years to come.

Who pays it?
Inheritance Tax (IHT) is payable on a person’s death if their estate exceeds the IHT threshold, also known as the nil-rate band. IHT is charged at 40%, although the rate may be reduced to 36% if 10% or more of the estate over the threshold is left to charity.

What is the threshold?
The current threshold is £325,000 for an individual and £650,000 for a married couple or civil partners. An inheritance from husband, wife or civil partner is exempt from IHT and the survivor can claim their spouse’s unused nil-rate band upon their death.

What is the main residence nil-rate band?
This allowance applies if you want to pass your main residence to a direct descendant, such as a child or grandchild, therefore it isn’t available to everyone. For the tax year 2019-20 the figure is £150,000 and will rise to £175,000 in 2020-21. When its fully introduced in April 2020, this could potentially mean that a single person has an overall allowance of £500,000, or £1m for those who are married or in a civil partnership.

What is the seven-year rule?

Gifts of wealth can be totally exempt if you survive for seven years after making them. Should you die within this period, the beneficiaries would potentially be liable for IHT, which is charged at 40% on gifts above the nil-rate band and given in the three years before the donor dies. The amount of IHT due gradually reduces (‘taper relief’) following the third year after the gift was made and every subsequent year until after the seventh year. Gifts are therefore not counted towards the value of your estate after seven years.

What can I do to tackle my IHT liability?
It pays to take advice. Putting off making plans can limit your options. For example, a substantial gift made to a beneficiary could potentially reduce or eliminate your IHT bill. However, you would need to survive seven years after making the gift for this to take full effect.

WORRYINGLY, 68% OF RETIREES DON’T TAKE ADVICE
If you’re looking ahead to your retirement, the good news is that nowadays there are more choices open to you than ever before. However, recent research7 shows that many retirees may not be exploring these options and aren’t shopping around at retirement, selecting instead to take the annuity or drawdown facility offered to them by their existing provider.

How advice can help
A report from the Financial Conduct Authority8 highlighted that those who didn’t take financial advice often struggled to choose between retirement options, and many ended
up making poor investment decisions, or put their money into cash funds that provide low returns and risk being eroded by inflation.

We can explain what the various choices available to you are, what they could mean for you, and help you make the right decisions for the future. We know that for many people this is a complex and bewildering area, so will explain everything in plain English and will be able to answer any queries you may have.

Scammers are making threatening calls pretending to be from HMRC6 and saying if the victim doesn’t pay out thousands of pounds immediately, they will be arrested. This is a particularly unpleasant scam, and more than 60,000 calls are reported to have been made in the six months to January 2019.
HMRC confirms that it will never call anyone out of the blue and demand payment, they will only ever call asking for payment on a debt that you have already been made aware of in writing. If you have been approached in this way, inform Action Fraud.

It is important to take professional advice before making any decision relating to your personal finances. Information within this newsletter is based on our current understanding of taxation and can be subject to change in future. It does not provide individual tailored investment advice and is for guidance only. Some rules may vary in different parts of the UK; please ask for details. We cannot assume legal liability for any errors or omissions it might contain. Levels and bases of, and reliefs from, taxation are those currently applying or proposed and are subject to change; their value depends on the individual circumstances of the investor. 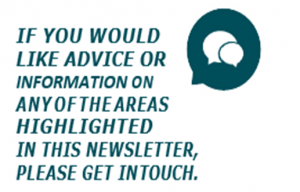