WHAT’S IN STORE FOR THE GLOBAL ECONOMY?

The last few months have seen the release of positive economic reports and grounds for optimism remain with regards to future growth rates, certainly in terms of the US economy. However, while no one is currently predicting the onset of a sharp slowdown or recession, there are signs that the global economy may be starting to lose momentum.

The OECD* composite leading indicator, which covers advanced economies plus China, India, Russia, Brazil, Indonesia and South Africa, has been in decline since peaking in January and slipped below trend in both May and June. This led the OECD to concede that its lead indicators are: “pointing tentatively to easing growth momentum”.

There are a number of potential issues that could act to restrain the pace of growth across the latter half of the year. Top of the list remains the re-emergence of protectionist policies and the continuing trade tensions between the US and the rest of the world. In addition, the prospect of a no-deal Brexit and the impact of monetary tightening in the form of interest rate rises, also have the potential to precipitate a softening in global growth over the coming months.

Deal or no deal?
Perhaps the principal area of concern in relation to global economic growth prospects, remains the spectre of a full- blown trade war. Such a possibility has been evident since Donald Trump was elected US President on a protectionist agenda nearly two years ago and still looms large.
The prospect of a no-deal Brexit did seem to increase during the summer months. Although the full ramifications are difficult to predict, it would seem safe to assume that such a scenario will have negative economic consequences for the UK, as well as causing economic upheaval across the rest of the EU.

While the UK government continues to suggest that securing a deal remains “the most likely outcome”, it recently started publishing a series of technical notices designed to prepare businesses,
citizens and public bodies for the possibility of a no-deal Brexit. This new volume of literature will sit alongside the 68 technical notices that the EU has already produced on such an eventuality.
*Organization for Economic Cooperation and Development

The value of investments can go down as well as up and you may not get back the full amount you invested. The past is not a guide to future performance and past performance may not necessarily be repeated.

Before you take money out of your pension – read on

Many retiring today can look forward to several decades in retirement, so taking the right decisions about your pension pot is important, as you will want your money to last as long as you do.
Working out how much you will need to live on and getting a state pension forecast will show how much you need to take out of your pension pot to cover your living expenses.
We can help you work out the best way to take money from your pension pot. The Financial Conduct Authority recently reported that a third of consumers taking money from their pension were keeping it as cash, and so could be losing out in terms of the income they are likely to have to live on in retirement.
It’s also important to remember that when you take money out of your pension, only 25% is tax-free. If you take out more than that, it’s taxable and you might find yourself paying tax at a higher rate.

INSIDE THIS ISSUE:
In the News // The average person needs at least £260,000 for retirement // One in seven will be paying their mortgage at 70 // Pension withdrawals hit £2.3bn // IHT – under the spotlight // The UK household savings ratio falls again // Give your kids a head start with a JISA.

The average person needs at least £260,000 for retirement

According to recent research2, the amount needed to fund a comfortable retirement, when someone opts to stop work at 65 and decides to buy a single-life annuity with inflation protection, has now reached £260,000. The report points out that for those who don’t make it onto the housing ladder and so will need to pay rent during their retirement years, the figure will be even higher at £445,000. In arriving at these figures, the research assumed average earnings of £27,000 a year, and a full state pension of just over £8,500.

Saving for a comfortable retirement
The sooner you start your pension plan, the longer your money will have in which to grow. Even in today’s climate of low interest rates, compound interest and reinvested share dividends can play an important part in investment growth.
One of the most attractive features of pension saving is the tax relief. If you make contributions to a pension, or if your employer deducts your payments from your salary, you automatically get 20% tax relief as an additional deposit into your pension pot. If you are a higher-rate taxpayer you can claim an extra 20%, while those paying additional- rate tax can claim back an extra 25%. When you retire, you can usually take 25% of your savings as a tax-free lump sum.

If you save into a workplace pension, your employer should match some or all of your contributions, providing a welcome boost to your pension.

Getting the right advice
So, if you’re self-employed, an employee, work part-time, run your own business or have accumulated pension pots with past employers, we can offer you the advice you need to make sure you have the right pension plan in place. After all, we’d all like our retirement to be an enjoyable and fulfilling stage of life, not a time spent worrying about money.
2Royal London, 2018

HALF OF PENSIONERS PLAN TO WORK ON INTO RETIREMENT
Retirement is a much more fluid concept than it once was. According to a recent survey1, 54% of respondents who were considering working into retirement, or who were already doing so, said they valued the opportunity to keep active in mind and body.
Around 8% of those scheduled to retire in 2018 have postponed their plans as they cannot afford to retire. Of these, nearly half blamed the rising cost of living for their decision.
These findings underline the importance of saving as much as possible as early as possible, so you can choose when you retire.

WORK AND PENSIONS COMMITTEE LAUNCHES INQUIRY INTO PENSION COST TRANSPARENCY
The Committee aims to determine whether the pensions industry is providing savers with sufficiently clear information about investment strategy, performance and charges – also whether consumers understand what they are being charged for and why, and what the impact of these costs are on their eventual retirement income.

STOCKS AND SHARES ISAs INCREASINGLY POPULAR
Figures from HM Revenue and Customs (HMRC) have revealed that during the 2017–18 tax year, stocks and shares ISAs rose in popularity with 246,000 more accounts opened in the last tax year, compared to the previous tax year. This translates to a record inflow of £6.4 billion, bringing the total to £28.7 billion.
1Prudential, 2018

One in seven will be paying their mortgage at 70

With more people getting onto the housing ladder later in life, many homeowners are facing the prospect of paying their mortgage out of their retirement income or continuing
to work into their old age. Recent research indicates than one in seven will still be paying their mortgage at the age of 70 (*)
With more lenders providing a greater choice of later life mortgages, older borrowers could find that there is a better mortgage option available to them, so taking professional advice makes sense.
(*)Aegon,2018

As a mortgage is secured against your home or property, it could be repossessed if you do not keep up mortgage repayments 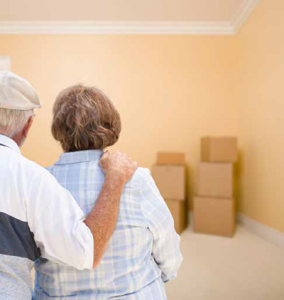 There’s growing evidence that pensioners are treating their pension pots more like bank accounts. In the second quarter of this year, savers withdrew £2.3bn, according to data produced by HM Revenue and Customs, an increase of 35% on the first quarter.

The money withdrawn represented full or partial withdrawals, flexible drawdown or the purchase of a flexible annuity, with more younger people accessing their pensions, often before state pension age.

How cashflow planning can help Planning your likely cashflow can help you identify how much you can sustainably withdraw from your pension, without jeopardising your future financial security and wellbeing.

Cashflow planning is a key part of establishing a retirement plan and entails taking an in-depth look at your finances. It takes into consideration income, outgoings, assets and liabilities, and helps you plan effectively both for current needs and future requirements, like care in old age. It can also help you take decisions like whether you should downsize at retirement, or how much you can afford to give to family members during your lifetime.

Planning your likely cashflow can help you identify how much you can sustainably withdraw from your pension without jeopardising your future financial security and wellbeing.

IHT – UNDER THE SPOTLIGHT

According to figures from HM Revenue and Customs, Inheritance Tax (IHT) revenues are up again, with £5bn being paid in the 2017–18 tax year. This increase comes despite the introduction of the residence nil-rate band in 2017.

With more families falling into the IHT bracket, campaigners are hoping that the current review by the Office of Tax Simplification, will pave the way for a simpler and fairer system.

Simplification is key
With parents often looking to fund house purchases for their offspring, the 7-year rule that means transfers become exempt for IHT purposes after that time, is integral to tax planning.
The low amount of £5,000 that can be given away to children upon marriage should be a prime candidate for overhaul; so too should the annual tax-exempt gift allowance of just £3,000.
Many believe that a positive step would be to remove the overly-complicated residence nil-rate band. In the meantime, whilst we’re awaiting the outcome of the review:

What assets can be passed on free of IHT?
Everyone has a nil-rate band enabling them to pass £325,000 of assets tax-free. Most gifts made more than seven years prior to death are also free of IHT, as are gifts made between married couples and civil partners. Additionally, the residence nil-rate band rises annually, reaching £175,000 in the 2020–21 tax year.

Regular gifts from income can be exempt in certain circumstances. There is normally no IHT payable on gifts to charities or larger political parties. Pensions are not usually counted as part of an estate for IHT purposes, though other taxes may apply in some circumstances. 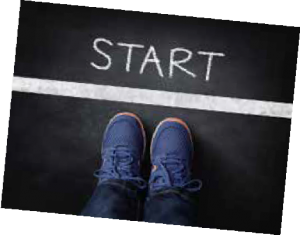 START WITH A JISA

JISAs are held in your child’s name and provide a tax-free way to save for your child until they are 18. You can contribute up to a total of £4,260 during the current tax year.

The value of investments can go down as well as up and you may not get back the full amount you invested. The past is not a guide to future performance and past performance may not necessarily be repeated.

It is important to take professional advice before making any decision relating to your personal finances. Information within this newsletter is based on our current understanding of taxation and can be subject to change in future. It does not provide individual tailored investment advice and is for guidance only. Some rules may vary in different parts of the UK; please ask for details. We cannot assume legal liability for any errors or omissions it might contain. Levels and bases of, and reliefs from, taxation are those currently applying or proposed and are subject to change; their value depends on the individual circumstances of the investor.

IF YOU WOULD LIKE ADVICE OR INFORMATION ON ANY OF THE AREAS HIGHLIGHTED IN THIS NEWSLETTER, PLEASE GET IN TOUCH